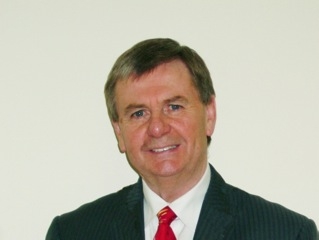 I promise if re-elected on May 23 next I will continue to do all in my power to serve your interests in an open, honest, fair and professional manner. As an Independent Councillor, I am free to work in the interests of my
constituents, without having to account to any political party, or look over my shoulder at the competing interests of party colleagues. My track record shows I will always put my Electorate first.

A native of the Parish of Tarmonbarry Scramogue in County Roscommon, I have been serving the people of County Roscommon and the Strokestown Electoral area since being first elected as a County Councillor in 1991. I was a pole topper In 1999 and 2009.

I am the current Chairman of the West of Ireland Regional Authority, representing Galway City and County and Counties Mayo & Roscommon.

I also serve on a number of other Community Groups including Community & Text Alert, Secretary of Tidy Towns, Member of the Board of Management of Elphin Community College and others.

I have been involved in the Tourist business most of my working life including been proprietor of Crosby’s Public House, Restaurant and Board Failte approved accommodation situated in my native area, Tarmonbarry Village.

With a passion to developing and improving my local area and County, I developed the award winning Tarmon Harbour Tourist, Marina and Residential development on the River Shannon which is proving to be a significant benefit to tourism on the River Shannon and a major boost to the local economy where there is now over 80 people employed in the local Village of Tarmonbarry. Visit www.tarmonharbour.ie

My wife Pauline McDermott is a native of Strokestown, Co. Roscommon. We have two daughters; Vicky, who is the proprietor of TaxAssist Accountant with offices in Roscommon and Longford and Pearl, who is a Medical Scientist living in Dublin.